The Oklahoma League of Legends community has seen its fair share of growth and decline, starting from humble beginnings to boasting an almost 2,000 current member population. But something new has made its way on to the OKLoL scene, breathing new life in to the stagnant group and leading to a jump in activity: The Oklahoma League Championship Series.

The OKLCS, an online League of Legends tournament scene, started with two college freshman, Jack Counts and Alex Tu, attending various League tournaments across the state. They lurked on the OKLoL Facebook page, posting here and there and gradually became more involved as time went on. After attending multiple tournaments and gaining experience within the tournament scene, the pair knew something was missing. 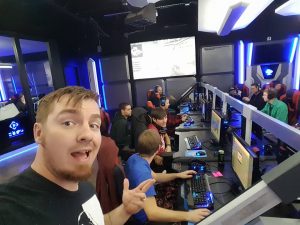 “We saw the Oklahoma League of Legends scene as a whole growing, and with the growth of competitive teams, the venues around the state were unable to keep up,” Alex said. “There just isn’t enough time in the day for one game at a time with a double-elimination format with the number of teams that were showing up. There was an outcry in the OKLOL community about the quality of LAN tournaments. That’s when the idea of having an online tournament structure came about.”

After receiving an outpour of support from the community, Alex and Jack got to work on the details. They worked out every detail, from the website to advertising to the ruling structure. After meeting with team captains, they came up with a model ready for a test run. Season one ended with eight teams divided into a two-division setup, gold-capped and diamond-capped, with four teams in each division competing in a double round-robin style bracket, played completely online.

With the experience under their belt, they looked to expand the league and have more of an actual season with teams playing each other weekly and games streamed on Twitch.tv. Entry fee into the season cost $25 a player, which went into a prize pool for the finals. Jack competed on a diamond-capped team and Alex took on the role as main shoutcaster. The finals for season two were played LAN style at the RTZ eSports arena in Oklahoma City.

“In season two, we had double the teams we had last season,” Jack said. “We had eight teams in each division, and we set up the bracket to have each team play another team once a week, leading to the top four teams to participate in playoffs-style finals. For the finals, we got in contact with RTZ eSports arena in Oklahoma City to host our finals LAN-style, and it was an amazing experience. The gold-capped division finals were held in the morning and the diamond-capped in the evening, so everything was set up to run smoothly. We had a few bumps and timing issues, but everything ended up working out.” 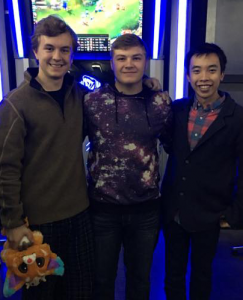 The OKLCS will continue in February with its third season, and Jack and Alex plan to continue leading the charge.

“Even though setting up the entire league and being on duty full-time at RTZ for the finals was exhausting, I would do it all again,” Alex said. “I loved being a tournament official, a shoutcaster and just contributing to the OKLoL tournament scene. It brings the community together and that’s the goal of the OKLCS outside of providing a consistent alternative to local tournaments for people who either can’t make local tournaments or have no desire to do so. I feel I’ve improved a lot personally by participating on both a mental and physical level with things such as talking quickly and clearly as well as being expressive. The experience was wholly fulfilling.”

“I plan to continue to run the OKLCS as long as there continues to be interest,” Jack said. “The goal is to continue to help players get better and work with each other to do so. I want the OKLCS to continue to expand, and hopefully one day we will have enough teams to separate into more divisions like platinum-capped and uncapped, as well as getting sponsors and more administrative help overall. Even players who don’t compete in the OKLCS benefit from its existence because the OKLCS teams post in the Facebook group about searching for teammates, build paths and other general discussion. There’s always going to be bumps in the road, but for the most part I think the community has grown, and it’s humbling to be a part of that.” 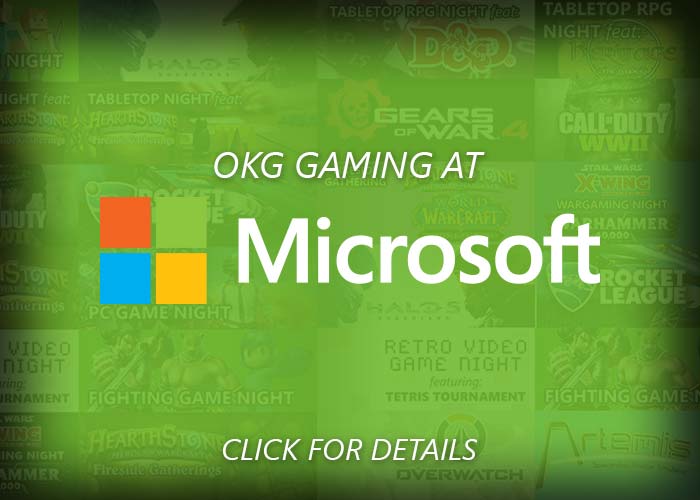