Check it out for more info!

Wanting to experience the latest technology in VR, but not wanting to drop the cash for the equipment or setup? Then come out to Dragonslayer Games to experience it for yourself!

Dragonslayer recently added the HTC Vive to their ever growing collection of gaming gear.

Not looking for the VR experience? Dragonslayer also has events for CCG, fighters, and more!
Check out their scheduled events on our calendar!

Wanting to visit Dragonslayer Games? They are located at 3944 S. Hudson Ave. right off of I-44, and across the street from Promenade Mall right next door to Panera, and Desi Wok. Go check them out!

Are you a gamer who live streams their content on Twitch or YouTube? Want to gain more viewers? We’ve got a solution for you! 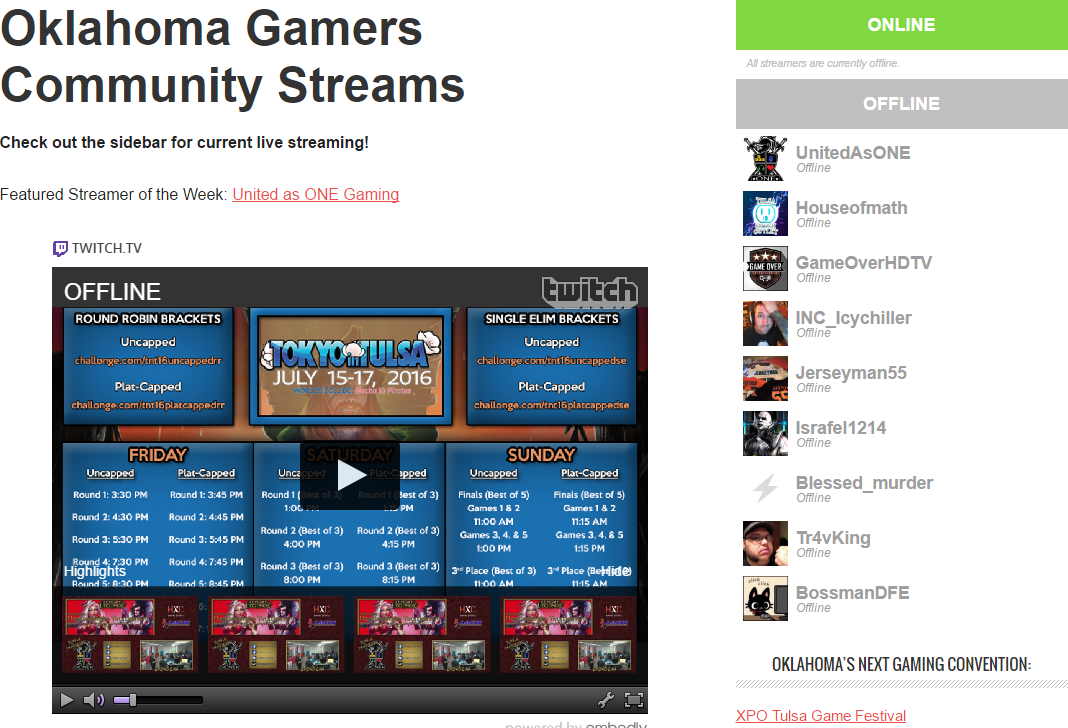 Since 2006, OKgamers has been for gamers, by gamers in Oklahoma. Now, we want to show the state what we have to offer! We are currently beta testing a new stream embed system and would like to add additional streamers to our list. We are requesting content from gamers throughout the state! We simply request a few pieces of information so that we can share more information with people! If you would like to have your streams added, simply get in contact with us, and let us know your gamertag, a direct link to your Twitch or Youtube, and what games you play when you stream!

So far we have requested this information from OKgamers staff, so you can check out how we are looking to use this! The streaming page will feature one group or player each week – focusing on their current gameplay. On the right hand side, you will see which players are online, and which feeds be are currently following! Let us know if you are interested in being added to our list!

Did you know that we were streaming our League of Legends matches at Tokyo in Tulsa? Did you know we had a tournament for L0L at TNT? If you didn’t, you should check out our calendar so you don’t miss out on events that involve guaranteed pot bonuses and more! This years event had a guaranteed $2,000 pot!

If you are looking to catch up on the events from TNT, we have uploaded the tournament play to our Youtube channel! 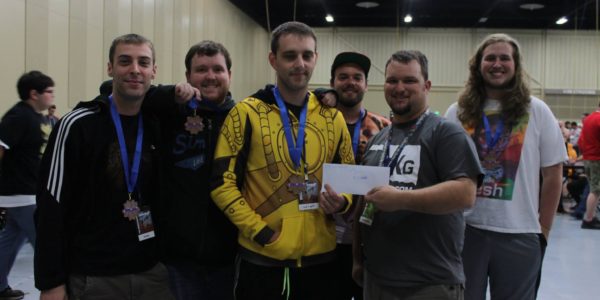 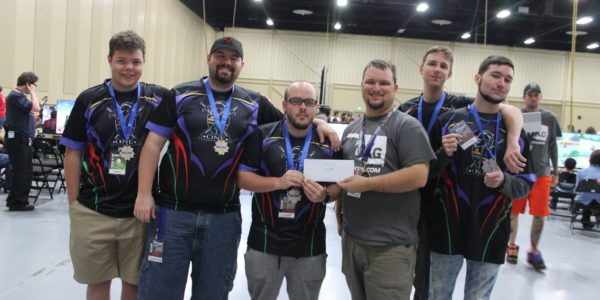 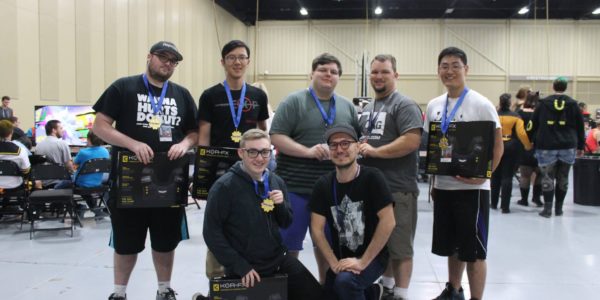 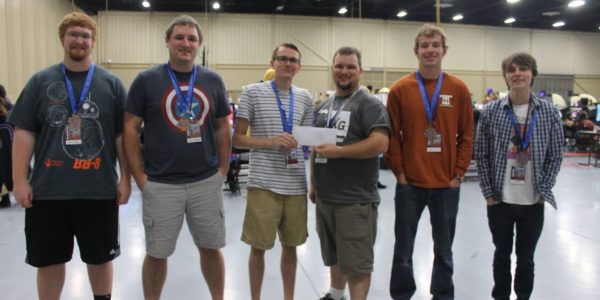 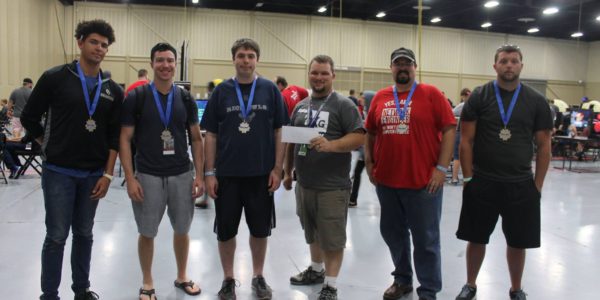 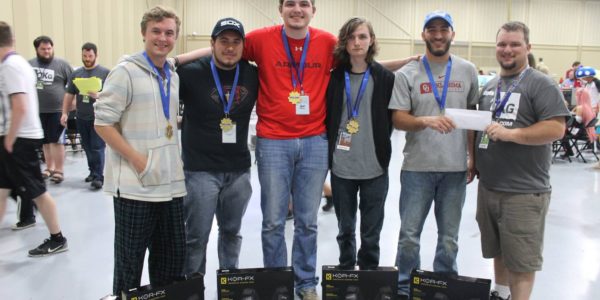 Check out our latest video with Oscar and Deshawn out at the Farm Shopping Center. Currently The Farm is one of the hottest spots for Pokemon Go in the Tulsa area, attracting hundreds of players each night. Since Pokemon Go has released, they’ve set some ground rules so that the community can continue to visit the area.
The rules are simple; keep it clean, you must walk the area, and they allow Pokemon Go during the hours of 9pm to 11pm.

While in the area, Oscar and Deshawn quizzed local gamers to see what knowledge they had over Pokemon. Check out the video to see how they fared!

You also have a chance to win a KOR-FX immersive gaming vest! Check out the video for details!

We’ve officially made it to the most anticipated weekend of the year for us! OKgamers will be at the Cox Convention Center from the 15th to the 17th for Tokyo in Tulsa! We spent most of  Thursday setting up Hall C with consoles, and preparing the Lower Gallery for all of the CCG tournaments going on this weekend!

Along with getting set up, we’ve also set up some sweet giveaways! If you have a Snapchat account, keep an eye out for our filter! Starting at 2pm, when Hall C and the Lower Gallery opens, we will be giving away prizes to attendees to take a Snap with our filter, and then upload it to social media! Tag us on Instagram, Twitter, or Facebook for your change to win awesome prizes!

If you are interested in joining us for this epic event, passes are available on site. Registration information is located on TNT’s website. They offer just a gaming pass as well, so if you’re only going to TNT for gaming, you’ll only have to pay $20 for each day!

This is one of our busiest weekends throughout the year! Keep up with us on social media! Let us know how the event is going! Twitter / Instagram / Facebook

Have any questions about the event? Can’t figure out our schedule? Hit us up on Twitter – @OKgamers, or Facebook! We’ll be more than happy to assist you with getting the information you need!

Catch up with Oscar and Deshawn as they visit our local gaming shop, Alien Games! Located in Jenks, Oklahoma, Alien Games mainly focuses on CCG tournaments, including Magc the Gathering, Yu-Gi-Oh!, Pokemon, and more!

Alien Games will also be attending Tokyo in Tulsa! They will be having a midnight release for the latest Magic the Gathering release, Eldritch Moon!

Wanting to keep up with Alien Game events? Check out their venue page!

Thanks to Sunny Summan and Click Gaming, we will have 9 sponsored PC setups for Tokyo in Tulsa! These PCs will be available for tournament players who are attending TNT for League of Legends or Overwatch and unable to bring their setups! Players will also be able to use these PCs for free play while tournaments are no longer in play.

If you are a local player, we still encourage you to bring your personal setup to TNT so that everyone can have fun at Tokyo in Tulsa!

Thank you Sunny! We appreciate you greatly! 🙂