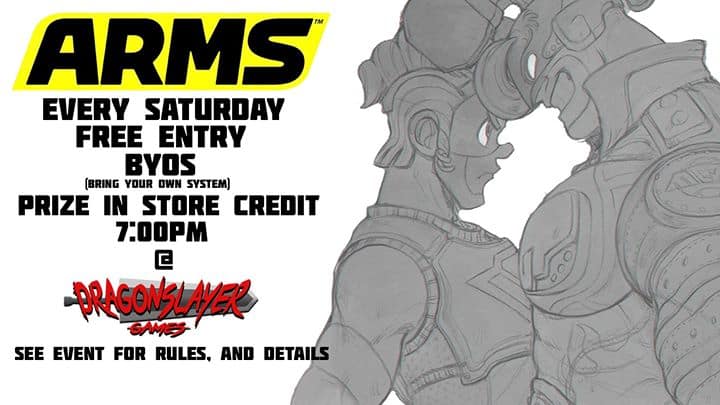 Every Saturday at 7PM ALL AGES

Each player has aprox 10 seconds to decide on an ARM load-out, all ARMS are allowed including +ARMS – since the event is BYOC you are responsible for your own unlocked ARMS

Each player has aprox 15 seconds to adjust their control layout

PAUSE Rule: If you pause the game in the middle of the match abruptly you will suffer a loss on that round

Players will choose who gets to stage strike first with RPS
Each player may strike one stage from the starting list until there are only 3 stages left, then the winner of RPS will get to choose from those 3 stages

Following round the loser may begin striking by striking two stages from both the counterpick list and starting list until there are 5 stages left. The loser may choose the next stage

Repeat these steps until the best of 3 set is completed