Artemis with Bubba at SoonerCon 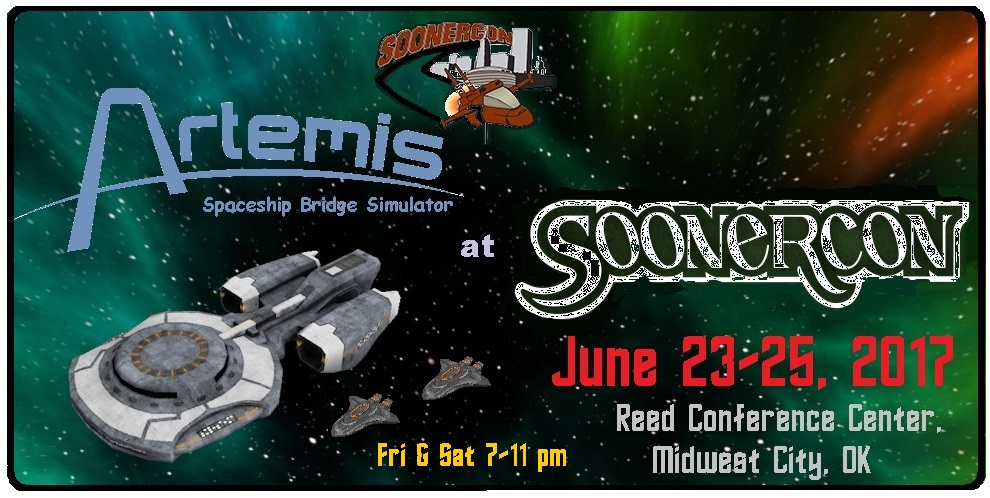 Artemis Spaceship Bridge Simulator lets 6 Players assume the jobs of Captain, Helm, Science, Communication, Engineering, and Weapon Control. Artemis simulates a spaceship bridge by networking several computers together. One computer runs the simulation and the “main screen”, while the others serve as workstations for the normal jobs a bridge officer might do. Together you operate your ship and defend the sector from evil aliens. Artemis is a social game where several players work together as “Bridge” officers each operating a single Station, one player acts as the Captain and endeavors to command his crew towards final victory…….