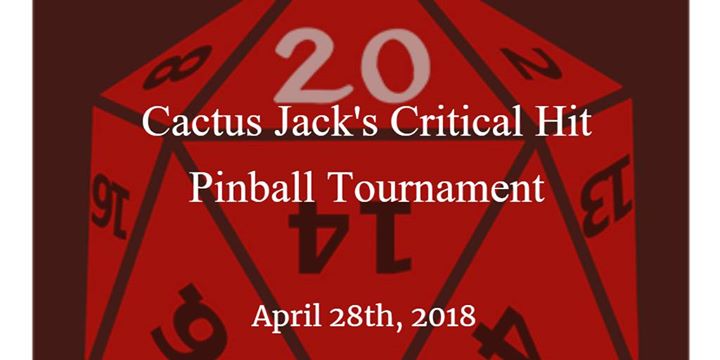 It will be a 4 card limit!
And no opportunity to gain cards after 1pm

At 1pm, everyone will be placed in random 3 or 4 player groups

Everyone in each group will roll a 20 sided dice.
Highest roller in the group picks the game and their position.
(Player cannot pick the same game twice during the competition)

Long playing games will not be in the tournament. (LOTR,WhoDunnit,Simpsons,Hobbit)
Second highest roller in the group picks next position and so on for each person in group.

If someone rolls a critical hit roll of 20, they can pick the game and everyone’s position. THEY HAVE THE POWER! In the event of a tie, both players will reroll.

After a group has made machine choice and positions for that round
Someone can play one of their cards if they want to.
Card examples are :
change group machine to one of your choosing.
swap a specific player from your group, with random player from another group.
force each player to discard a random card
ect…

Players will then play the game chosen.

Swiss format as strikes are counted down we will pair with equal strikes.

Critical Hit cards can be played during your game round, notify me when you do it or it wont count!

Card examples during the pinball round:
Ask for rules help in middle of ball.
Replay your entire game for better score
Shake the game to add tilt warnings before next player steps up
Cover score display for entire game
Switch players after ball 1 and take their score for remainder of game. BOOM!

I will be tourney director, and keep track of strikes and cards
I am not playing. No IFPA points, this is for fun and plaques!