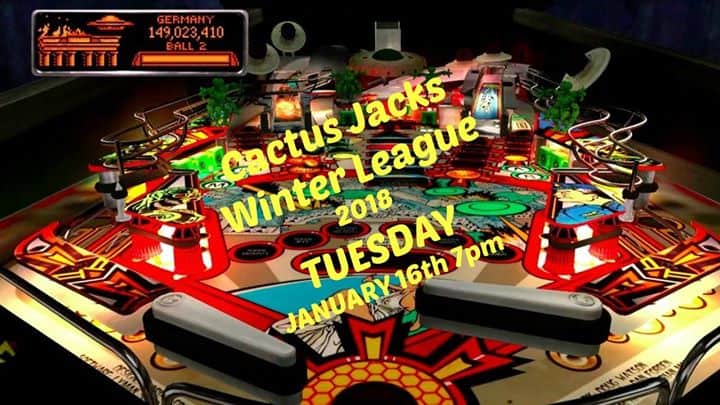 PINBALL LEAGUE! IFPA Sanctioned pinball league $1 IFPA tax will be collected
plus coin drop on machines. League will run for 6 consecutive nights of
regular league play, followed by one night of finals. Play 8 games of pinball
6 Tuesday nights in a row to set a seeded bracket for finals. Every player
will have their lowest two night finishes removed from scoring. You must
attend a minimum of two regular league nights to compete in finals. Finals
will be broken into at least two groups, the top 8 players are in A Division,
all other players will be in B Division. If 24 pinheads are present for
finals, we will add a C Division. awards for 1st – 3rd place in all divisions.
Regular League night scoring will be Highest score will receive 100 points,
2nd place 99, third place was 98 points and so on. For finals, A Division
will be a seeded head to head bracket, best 3 out of 5 games. Winner
advances. B and C division will be a seeded bracket head to head best 2 out
of 3 games.