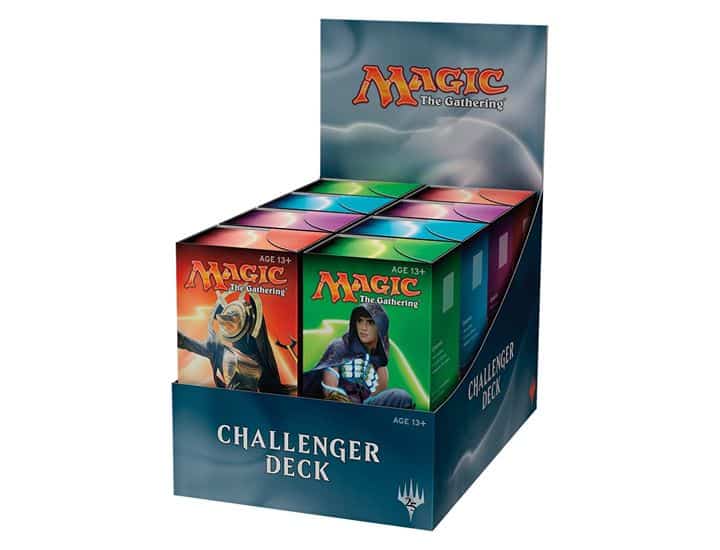 Challenger Decks offer a fast track into constructed play. Players can grab a deck and immediately jump into a Standard event at Friday Night Magic.

Forged from some of the most powerful strategies in Standard, these four decks come ready to compete right out of the box.

Vehicle Rush enables players to cast powerful vehicles early and crew them with low-cost creatures to launch a speedy assault.

Second Sun Control prolongs games with counter magic and strong removal in order to cast Approach Of The Second Sun twice for the win.

Counter Surge leverages bonus energy counters for extra utility and +1/+1 counters to power creatures up and crush the opposition.