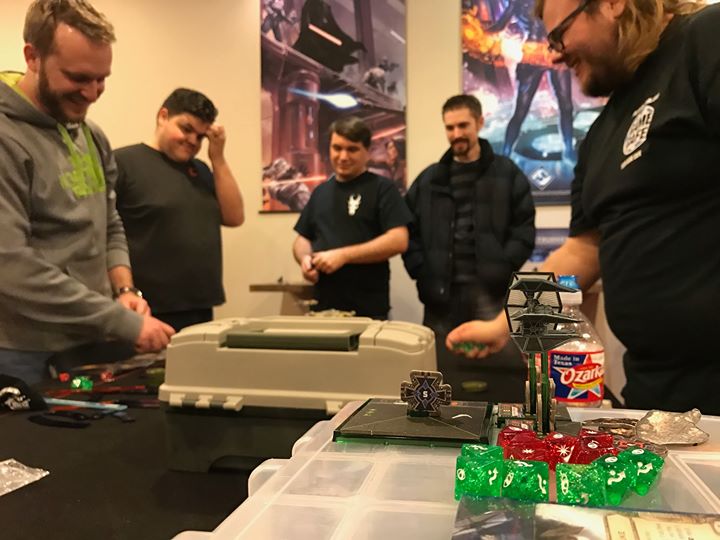 The monthly Star Wars: X-Wing tournament is a great way to dive into our local community! Along with the expected lineup of prizes, we’ll be giving away two copies of the 2017 X-Wing World Championship alt-art card!

If you are a new player, we highly recommend making it out to an event. In-store members earn 3 points per match played and the winner of the tournament receives 3 bonus league points.

ENTRY: $5 or free with membership