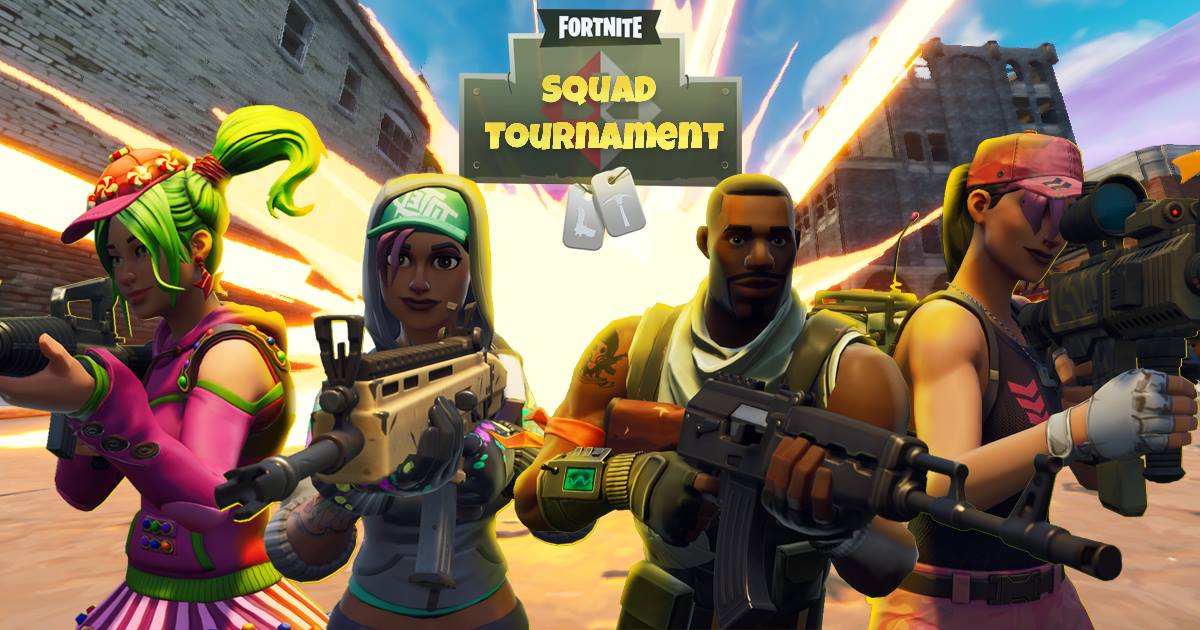 Start’s monthly Fortnite tournament is here! The main event is a score-based SQUAD tournament. Squads of up to 4 players can compete for the top prizes with a GUARANTEED $200 pot BONUS. Overall top prize is determined by number of entrants!

The entry fee is $60, which covers all players on the team. Participants will need to decide on a team captain, who will be in charge of communication and receiving prizes.

There will also be a SOLO scoring side-event on the same day! For players not participating in the squad event, solos entry is $15.

Participation will be cross-platform. Entry is first come, first served.

There is no minimum or maximum age to participate. As is Start’s general rules, gamers under the age of 10 will need to be accompanied by an adult.

Scoring Format:
Upon completing each game, points are awarded based on in-game position.

Each Players / Teams will also receive an extra 10 points per kill, so it is imperative that players call over a Start Representative to take down your score.

Teams will play 5 games to determine the highest scores. As we do not have custom server access yet, not all squads will be in the same game. For this reason, each team will play five games, to determine overall which performs the best. If a point tie occurs, those teams will play additional games until a winner is determined.

$60 per team entry fee covers participation in the event, including Start playtime.

Prize information:
Prize payouts are determined by overall attending players.
Start will add an addition guaranteed $200 to the pot bonus for the event.

Start reserves the right to use any photograph/video taken at any event sponsored by Start, without the expressed written permission of those included within the photograph/video. Start may use the photograph/video in publications or other media material produced, used or contracted by Start including but not limited to: brochures, invitations, books, newspapers, magazines, television, websites, etc.