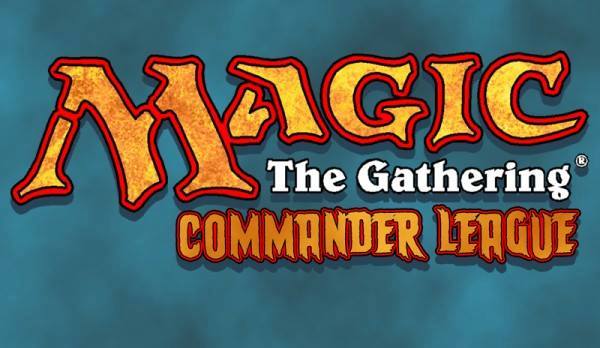 We are starting a new Commander League! The League will run until the end of April. Players will receive points for certain achievements each game they play. Each players top 12 results will count towards the standings.

The point system is as follows:
+4/3/2/1: Order of Elimination
+1: First Blood (Combat Damage to a player)
+1: Casting General 4 or more Times
+1: If you save a player during the game (Each player can only get this once per match)
+1: Killing with General Damage
-1: Killing every one the same turn
-1 : Using an infinite combo (i.e., setting up a loop of effects a player can do as many times as they want in a turn – create unlimited mana, gain unlimited life, etc.).
-1: Not Casting your General for the entire game.

Entry will be $10 which will enter you for the length of the league. Prizes will be announced soon.