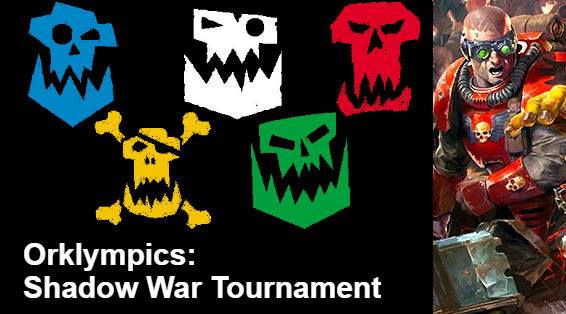 One of these, will be a Shadow War Tournament!

You will create your team based off of the rules found in Shadow War Armageddon!

If you win your game and move on, you can add to your team as described in the Shadow War Armageddon book!

The tournament format is scheduled to be single elimination. This may change depending on how many people show up.