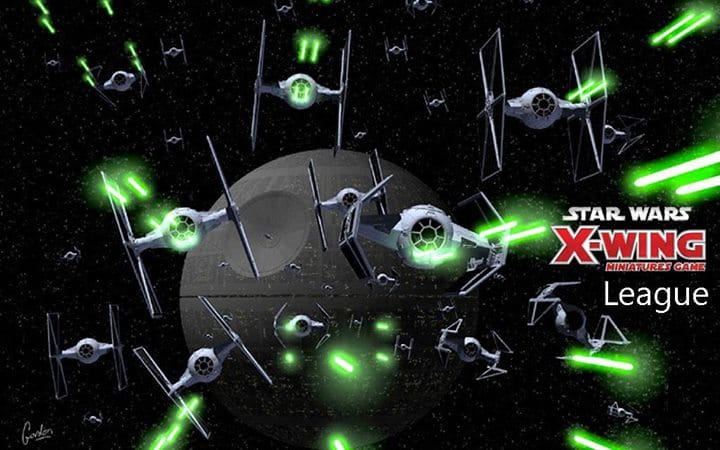 Earn points while flying your squads for a chance to win prizes, help grow the community, and a chance to be invited to the Paper Games Invitational Tournament at the end of the league. Paper Games Leagues are welcoming to all players, regardless of experience level, and focused on creating a fun and friendly environment.

What’s it take to participate in the Paper Games X-Wing League:
Fly casual – We are all here to have fun

Points can be earned throughout the league with a limit of 3 matches total per week logged. Points are earned as follows:

*Console Gamer (XYAB) – Field a squad that includes one X-Wing, one Y-Wing, one A-Wing and one B-Wing.
*Distracted – Win without using a Focus token throughout the game (None of your ships can take a focus action or be assigned a focus token throughout the game).
*First blood – Destroy the first enemy ship in a match.
*Flight Instructor – Teach a new player how to play.
Ion
*Escort – Successfully put an ion token on the same ship for 3 rounds in a row.
*Malfunctioning Stealth Device – While defending, end a defense roll with 4 blanks.
*Marksmanship – End an attack roll with at least 3 crits.
*Pushing the Limit – Perform 4 actions with a single ship in a single round.
*Reinforcements – Play a game with at least 200pts per side (can be more than 2 player, counts as two league matches).
Vader – Destroy a rebel ship with, either Pilot or Crew, Darth Vader.

An Invitational Tournament will be held for the Top 6 league players on Saturday March 31st.

Control the most advanced starfighters and outstanding pilots in the galaxy! In X-Wing Miniatures Game, you take the role of squad leader and command a group of merciless Imperial or daring Rebel pilots in furious ship-to-ship space combat.

Featuring stunningly detailed and painted miniatures, X-Wing recreates exciting Star Wars space battles from small engagements of only a couple of craft to large conflicts where multiple squadrons clash. Select and equip your ships, pick your crew, plan your attack, and complete your mission.