Gamers are recovering this week from another successful SoonerCon. The 26th year of this convention took place June 23 – 25 at the Reed Conference Center in Midwest City. 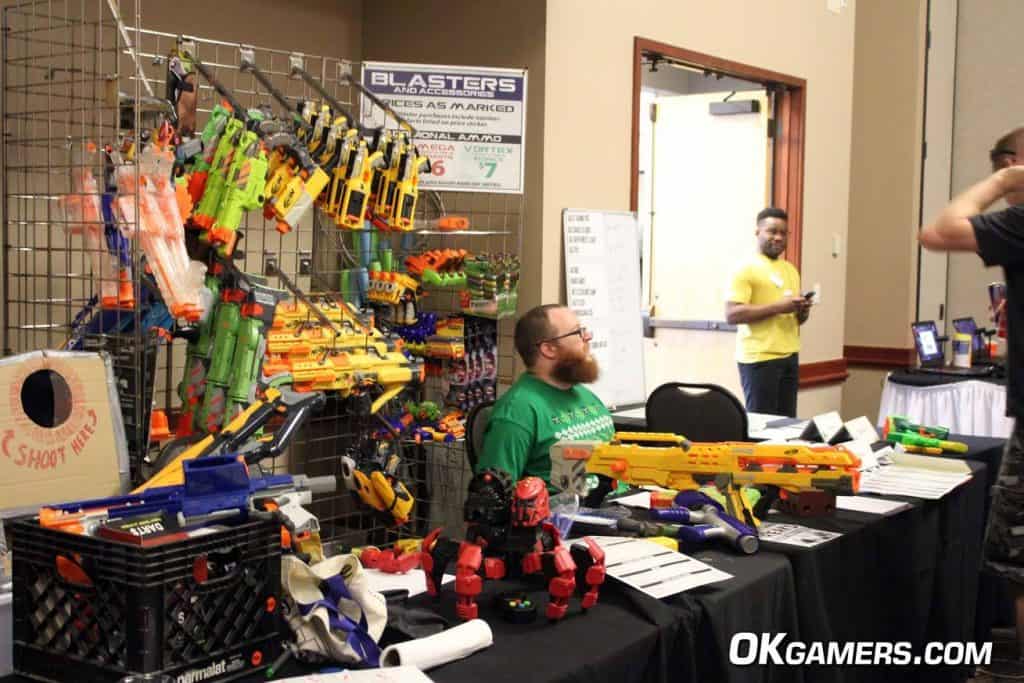 SoonerCon attendees had the opportunity to purchase Nerf guns for the outdoor Nerf events. All proceeds benefited NAMI Oklahoma.

Bill Thompson, gaming co-chair for SoonerCon, said the convention started in the early ’80s and continued until 1997 when it went on hiatus. It rebooted in 2008 in downtown Oklahoma City with 12 tables for gaming. The convention then eventually moved to the Reed Center in Midwest City as popularity grew. Thompson was originally a game master at the convention running Castles & Crusades until he stepped into the chair role in 2012.

“I grew up here in the Oklahoma City metro area and growing up I always thought, ‘there’s nothing to do,’ so when the chance came (to run gaming at SoonerCon), I took it because I want to make my community better,” Thompson said. “I want that 16-year-old kid who’s thinking there’s nothing to do to say, ‘here’s this thing going on, I want to participate in it!’ That means a lot to me.”

This year’s event offered over 3,000 square feet and 25 tables worth of indoor gaming space. Open board and card gaming was provided by the Oklahoma Board Game Community. Miniature gaming was represented by Warlord Games, Heavy Gear Blitz, Arena Rex and Battletech. There was also miniature painting and competition sponsored by Reaper Miniatures and Game HQ. All gaming events were free with membership to the convention. 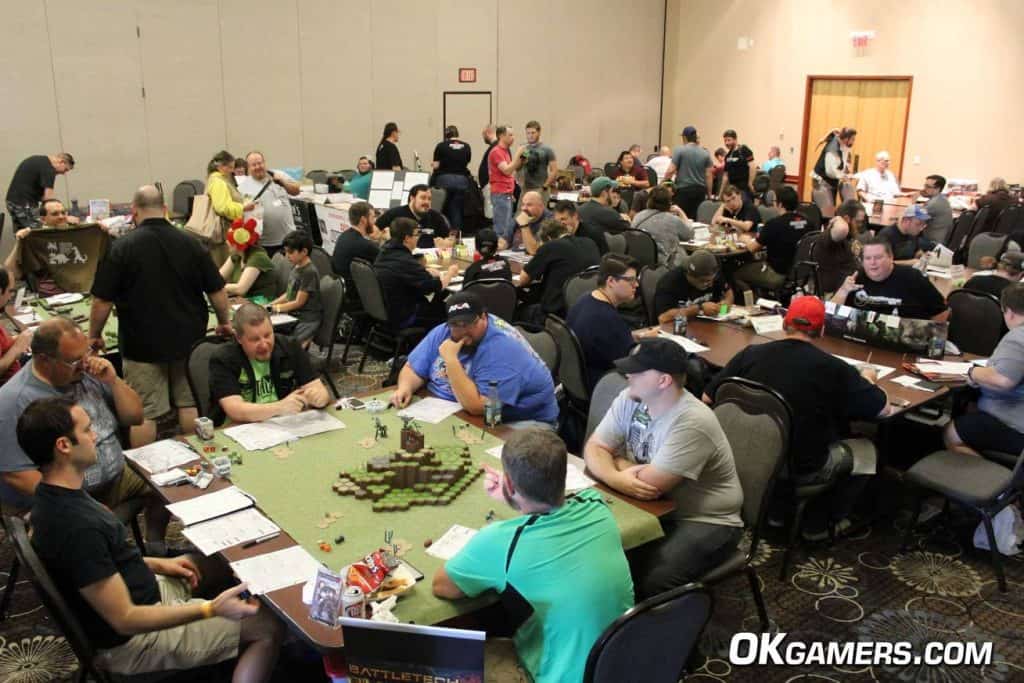 “We want to provide a gaming environment where everyone feels safe and secure and has fun. That no matter where you come from in life, if you come to the game room and you treat others with respect, you will be respected. That’s important to us,” Thompson said. He also emphasized that the game room is a family-oriented space that’s welcoming to new players.

A variety of role playing games were hosted at SoonerCon as well. The largest and most popular of these was Dungeons & Dragons 5th Edition, presented by Dungeons & Dragons Adventurers League Oklahoma City and Game HQ. Adventurers League is D&D’s organized play program. The group was running games for new and veteran players alike all weekend, including an exclusive multi-table Epic event Saturday evening.

New for this year were two custom adventures, “Murder at the Stop” and “A Fool and His Gold,” written specifically for SoonerCon by members of the Oklahoma City Adventurers League program.

“These new adventures were a hit and will now be offered for download on the D&D Adventurers League online store: Dungeon Masters Guild,” Alaniz said. “This gives SoonerCon broad exposure to gamers around the world. Plans have already begun for new events for next year.”

In the future, Thompson hopes to expand the con’s video game offerings. They’re currently limited on space but exploring options.

“I have so much respect for people who stay here in Oklahoma and try to make it a better place,” Thompson said of groups who host games at the convention. “I love seeing so many people trying to create an escape for people. That’s so important these days; just finding that little moment where they can forget their troubles, hang out, have fun and meet new people. We’re all local. We’re people from the community who get together to run games because that’s our passion.”

If you missed out on this year’s event, don’t fret! Mark your calendar for next year. SoonerCon 27 will be June 22 – 24, 2018 at the Reed Conference Center in Midwest City.