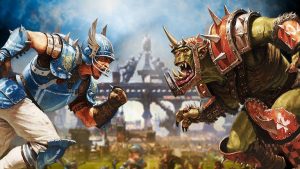 Note: This may be modified, we may do NAF, We are just going to give this a shot and using the local GT’s (Slobberknocker) rules for this tournament. That said, here we go:

Blood Bowl is a 3 game, Swiss Pairing tournament with 1 round of random pairings and 2 rounds of matchmade pairings.
Rounds times will be 2 Hours, plus setup and reporting of scores.
Illegal Procedure is not in effect, however games that risk going over time may be subject to timed rounds with an immediate “dice down” for players that go over turn timers. We will have some clocks on hand to facilitate this should it come up.

Apothecaries
• They automatically work! Place the injured player in your Reserves Box.
Mercenaries
• You do not pay the additional 30,000 gold fee when hiring mercenaries.
Bankroll
• Teams are given a Tournament petty cash bankroll of 500,000 for the entire tournament. You cannot spend more than 250,000 in one round. Once the money is used, it’s gone. Do not roll for petty cash mishaps after the game.
• Bankroll purchases are made during round setup using a Bankroll sheet assigned to a player before the tournament begins. To use their bankroll, players use the following steps.
1. Flip a coin. The winning player bids an amount to spend from bankroll. The losing player then bids an amount.
2. The winner of the coin flip may choose to raise their bid to match their opponent if they so wish.
3. Both players purchase their inducements on the sheet in secret, then reveal them to each other at the same time when they are complete.
4. Scoring
Wins: 30 points.
Ties: 15 points.
Losses: 5 points.

Tiebreakers: Each touchdown, casualty inflicted (via blocks), and increment of 100,000 left in your bankroll add 1 point to your tiebreaker pool at the end of the tournament. You also gain 1 point once for any of the following achievements.

Shutout: Hold your opponent to 0 points.

Apothecary’s Best Friend: Inflict 4 casualties as a result of blocks or fouls in a single match.

Team Building Rules
• Tournament will be “Resurrection Style” (rosters reset after each round).
• You are given 1,000,000 gold pieces to build your team using CRP team lists, Legendary Teams, or the three additional Teams approved by the Blood Bowl rules committee (Chaos Pact, Slann, Underworld). All rules used will be the most recent printing and errata, to include issues such as Human Catcher costs, Arguing the Call (Must have a coach model!), and so on. EXCEPTION: Piling on will use the old rules, per NAF sanction requirements.
• You MUST have at least 11 players on your regular roster, before the purchase of mercenaries round to round.
• You may purchase players, re-rolls, fan factor, assistant coaches, cheerleaders, and an apothecary as normal.
• Special Play Cards are NOT ALLOWED. Wizards are NOT ALLOWED.
• You may purchase Star Players as part of your starting Roster. You must use the most recent printing of any Star Player.
• If two coaches would have the same Star Player in a game, BOTH Star Players may take the field.
• Stunty teams receive an additional 100,000 gold pieces for team creation.

Additional Skills
• After team creation you are given 120,000 gold pieces to purchase skills and assign them to your players. Star players may not be upgraded.
• Skills a player could take on a Regular Upgrade cost 20k.
• Skills a player could take on a Doubles Upgrade cost 30k.
• You MAY NOT purchase Stat Increases.
• There is no restriction to how many additional skills a player may have (i.e. you may put all 120k onto a single player).
• There is no restriction on purchasing the same skill (i.e. You may give 6 of your Amazon Linewomen Block).
• Teams that qualify for the Stunty Cup may purchase skills that they would normally gain on a Doubles Upgrade for 20k, if that skill is given to a player with the stunty or titchy rule.

October is a fun month in Oklahoma, we’ve got so many outdoor events to enjoy.
While you are checking out all the fairs and fests, don’t forget all the awesome gaming happening in this month. There are plenty of sweet events to enjoy; a new Board Gaming convention, a yearly FGC event, and events with Halo, Call of Duty, PC Gaming, Blood Bowl, Rocket League and Chess! 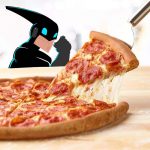 Grub n’ Games Giveaway continues!
Grab some friends and throw a Game Night on us; we are giving away a free large pizza and several video games to a lucky winner every month!
Join OKg’s monthly newsletter for your chance to win; we draw a new winner on the second Sunday of each month. Make sure to watch your email to see if you won.

Special thanks to Papa John’s Pizza Oklahoma and tinyBuild for their continued support of gaming in Oklahoma.

Here are our Oklahoma Monthly Gaming event highlights for October, 2018: 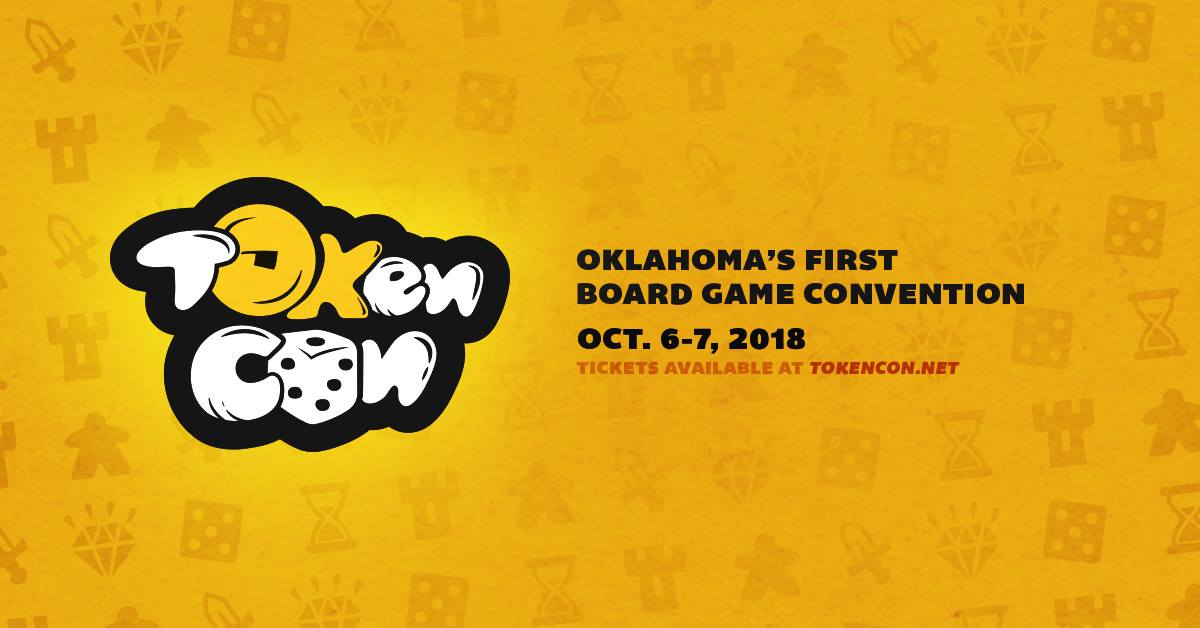 END_OF_DOCUMENT_TOKEN_TO_BE_REPLACED

Spiky Cup is the second tournament for Orclahoma Weekend, crazy rules, crazy fun. Everything you want in a Blood Bowl Tournament, 3 rounds of Goblin fun!

Spiky Cup is the second tournament for Orclahoma Weekend, crazy rules, crazy fun. Everything you want in a Blood Bowl Tournament, 3 rounds of Goblin fun! 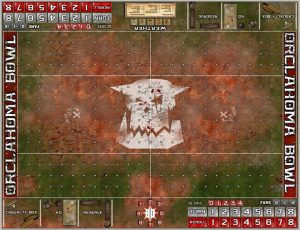 Orclahoma Bowl and Spiky Cup weekend!
Check the website for up to day information.

The United States record setting tournament for a one day Blood Bowl event is back for the 7th year! For all the details check out http://orclahomabowl.com/

The United States record setting tournament for a one day Blood Bowl event is back for the 7th year! For all the details check out http://orclahomabowl.com/ 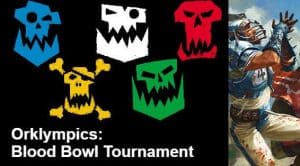 One of these events, will be a Blood Bowl tournament! For the sake of time and space, there will be some changes:

– Your team can only have 7 guys on the field at a time, with only 11 on the roster.

– You may have only 4 specialist players. (meaning any player whose availability is less than 0-12)

– .No special players or play cards may be used.

– No additional skills or stats will be given or taken away. The team you create is the team you have for the tournament. If a player is removed from play, it may return in the next game.

– There will be no inducements of any kind, buying additional team re-rolls, kick off table, or weather tables.

The planned format is for single elimination. This could change depending on how many people attend. 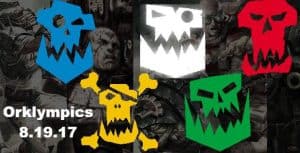 The Store Anniversary is back upon us once again! To celebrate, we will take some of best releases and events we have done here at the store and compile them all into one day!

We will do:
Blood Bowl Tournament
The HQ Royral Rumble! (40k)
Monster Mash (40k)
Shadow War tournament (40k)
Skirmish tournament (Age of Sigmar)
And to celebrate the new 40k, we will be hosting a “best of the best” tournament.

I will give you all more details on these events by the end of the week. Plus, I am organizing it so that you may be able to participate in more than just one event!!

Also, there will be the limited edition Anniversary model for sale in my store…you can’t get it ANYWHERE ELSE! More details will come by the end of the week as well.

Not to mention food and door prizes. This will be the party you will not want to miss. Ask off for work NOW! 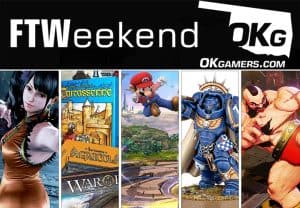 This weekend’s gaming events may not eclipse Monday’s big celestial event, but we think they still look pretty fun. Check out what’s coming up. 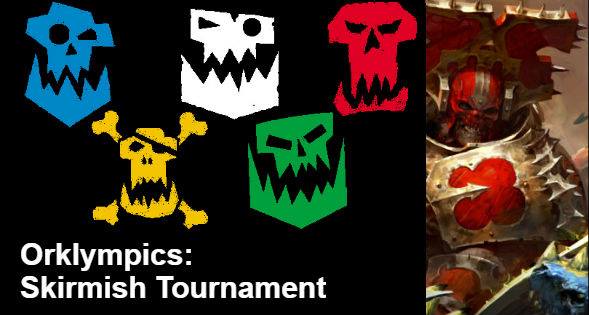 Games Workshop is celebrating its anniversary with Orklympics! The store will be hosting a variety of Warhammer tournaments including Blood Bowl, The HQ Royal Rumble, Monster Mash, Shadow War, Skirmish and a best of the best 40k. Plus, there will be door prizes, food and a limited edition anniversary model you won’t want to miss. Learn more.
END_OF_DOCUMENT_TOKEN_TO_BE_REPLACED