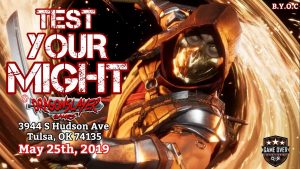 It’s going down in T-Town! The event that started it all for GOE is back exclusively featuring Mortal Kombat 11 (Other games are welcomed as side brackets).

Catch the stream over at:
twitch.tv/GameOverHDTV

Double elimination bracket including a “The RUN BACK” bracket for those who go 0-2! Follow the event page for more information coming soon! 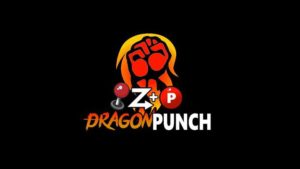 A brand new monthly series @ Dragon Slayer Games. Moved to Saturdays so that contenders are able to travel. Featuring Street Fighter, Mortal Kombat, and King of Fighters.. More games will be added to the menu as interest grow!

Force of Will Saturdays New Frontier at Dragonslayer Games

Additional Prize Support will be provided to 1st and 2nd place!

Players who decide against packs for prize support may take an equivalent in store credit!

Click Gaming and Dragonslayer Games are teaming up to bring you a Call of Duty – Black Ops 3 2v2 SND (PS4).

Our partners at GameStop and OKgamers.com are assisting us in bringing you a great friendly atmosphere with counsels and games.

Tournament play will be on 8 Esport regulation monitors as well as 8 PS4.

GAMERS ARE REQUIRED TO BRING , HEADSETS/ MIX-AMPS AND CONTROLLERS

WE ONLY PROVIDE GAMES, CONSOLES AND MONITORS

Our battlefy link with maps , team setup , rules regulations will be in the ticket URL